The tenth International Maritime Defence Show (IMDS-2021), one of the world’s leading exhibitions focused on naval and commercial shipbuilding, armaments and navigation, has been successfully held in Saint-Petersburg.

285 exhibitors from 13 countries took part in IMDS-2021. Among them were 13 foreign companies. 27 official delegations from 25 states participated in the event. Thus, IMDS-2021 featured almost all countries involved in production and operation of marine facilities.

More than a hundred official talks were held with participation of RF Navy Commander, FSMTC officials, representatives of Rosoboronexport, USC and other companies.

All leading companies of Russia’s maritime industry were represented with considerable space occupied by manufacturers of ship components, devices, electronics, IT and dual-use goods.

The demonstration part of the exhibition at the berths of Passenger Port Saint-Petersburg (Marine Façade) presented ships and boats of RF Navy and Border Service of FSB.

Operation of IMDS-2021 was covered by 548 journalists representing 124 media including 14 foreign reporters from 7 countries.

The IMDS-2021 results demonstrate an active marketing policy of Russian and foreign companies aimed at expansion of their involvement in international cooperation focused on development and production of sophisticated warships. 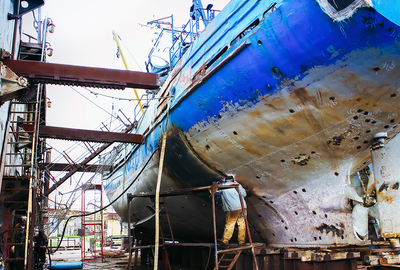