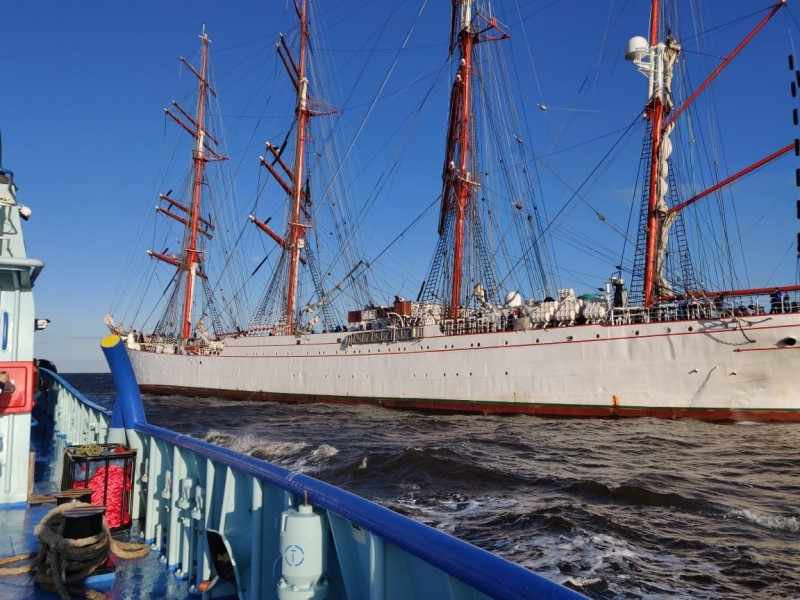 On October 5, 2020, the pilotage service of the Arkhangelsk Branch of FSUE "Rosmorport" successfully performed the pilotage of the Sedov bark from the receiving buoy to berth No.5 of the Sabetta seaport, Rosmorport says in a press release.

The sailing ship on which cadets of maritime educational institutions pass swimming practice is currently making the transition along the Northern Sea Route from East to West.